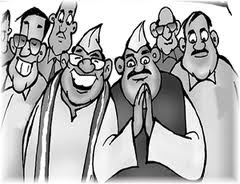 Corruption of politics has lead to a new genre' of politics, the politics of corruption. Endless scams have suddenly been coming out of every closet, ever since the supposed loot equations of the IPL got out of array. It is known, understood, felt and believed that there is a scam going on everywhere at any moment and whenever the loot equations get imbalanced the co-parceners in the loot expose each other. 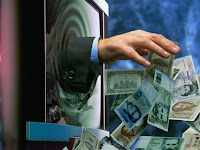 After all, information that gets generated at the occurrence of some event, transaction or action is known first, even before occurrence of the event, only to the doers. The affected may discover, but later only since if they indeed would discover it at the same moment it would be a dacoity or theft and not a scam of trillions. So, in all likelihood, the multi-dimensional cabals that form in the process of mass loot of massive proportions develop fissures and when there is no honesty left in between the dishonest looters a scam surfaces out, most of the time.
Information comes into existence at the very instance any kind of event arises, yet information propagates forward only on some motive. The best newspapers are those that never get published, we all know.

Unpublished Newspapers have the most important news!
Allow me to share a favourite surmise. As in the laws of physics -- a hard science, the forms of energy are interconvertible from potential to kinetic etc. etc., similarly a law of governance -- an artful softer science, the forms of power are interconvertible from financial markets, big business, bureacracy, politics, media and even the mafiosi. At the top table in the pantheon of power there are only winners irrespective of the route they took to reach the top of the influence and impact making chain!
If this surmise is true, which I believe it is, then the modern day power & influence process and thus the politics and governance of nations is unfair to be discussed with a unipolar agenda of targetting only the political generation of the present times for all the ills. All of us know, everyone of us is responsible for bringing us together where we have come and every form of influence or power is a co-parcener in propagating the values we collectively live with!
In such a context the leap from jingoism of "Mera Neta Chor Hai" to contesting elections and entering the legislature is parochial at best and self-serving at the worst.
I propose some direct questions in this note to Mr. Arvind Kejriwal the epitome of the fight against corruption in today's India. I seek to ask him, by contesting elections while he has chosen one respectable path to respect democracy and fight the war against corruption within the norms of civilized warfare, has he done enough to insulate himself and his movement sufficiently from the reflexive process through which we the people of India have allowed ourselves to be gutted so far? Is his ideal and his approach not as susceptible as is the dream of a young man barely out of college with every emotion heaving in his bosom to change this world? 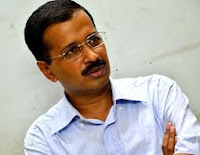 A Bureaucrat who meant sense!