1. Personal view / opinion / bias surfacing repeatedly in the work of any journalist makes him counter-productive for the audience / consumer of news. Since in the name of Freedom of Speech there will never be any regulator for taming rampant misconduct of media professionals, such conduct will DEFINITELY make the people full of dislike for such so called professionals who are not only indulging in such conduct for DEFINITELY some gain (why else they would risk compromising their professional stature. Come on no one tell me that ANYONE is so committed to his beliefs that he will risk his career or standing). When such professionals become mad and full of themselves with an existing political axis and become too full of themselves, they run into psychological problems of not being able to accept the change.


3. Fine, we do have Freedom of Speech, but no one said it can be practiced irresponsibly. Try out hurling abuses in a traffic snarl up and you will know what one means by responsible freedom of speech.


4. So whether a journalist or a non-journalist each has a RIGHT to Freedom of Speech & must be practiced responsibly. Some Journalists taking a poetic license too far and terming new phrases such as Freedom of Press are living in a Fool's Paradise.


5. When a democracy has collectively elected a leadership, for any journalist to remain in a pre-election mindset and continue to "paint" his ranting and diatribes as either news or editorial views is seriously damaging, unsocial and totally unprofessional. Why as a Citizen Rajdeep Sardesai had 1 vote and he may or may not have casted it. What right does he have to deride my democracy?


6. To keep singing a stale song of Godhra is ridiculous again and a clear breach of the law of Contempt. If Supreme Court decided on the matter, everyone must accept it. If anyone is an interested party then ONLY one can go to apply for a revision to a Higher Bench of the Supreme Court. All other ranting and particularly by highly visible media is total disregard of the law of land. Such a behaviour is contemptuous of the court on one hand and displays a level of arrogance no civilized society will tolerate.


7. When mis-use of power (media is a potent form of power & influence) is no longer backed by power, frustration sets in.


8. To indulge in a street-fight under any situation is a clear sign of psychological problems.


9. Tapes clearly show who got physical first.10. Tapes also show RS said, "You are an arsehole too". This clearly suggests he lost his head beyond the limits of logic also apart from civility. Such a statement from him if taken literally means he admitted in the first place that he himself was an arsehole.


11. Atop all this the sheer chicanery and debauchery of having taped something and bragging that it’s good to have captured the idiots on tape and to show the idiots is good is a total collapse of Rajdeep Sardesai's personality. This is hypocrisy beyond limits. Shame.


12. India Today a respected media group MUST FIRE Rajdeep Sardesai Immediately for abuse of his position, unprofessionalism, unethical conduct and for being a ROGUE JOURNALIST.


13. If Media Industry deserves to restore some of its respect it should stand up together and condemn this gross misconduct of Rajdeep Sardesai and ensure that he is not employed by any media house. Just because there are some creatures like Rajdeep Sardesai who have hood-winked the "system" so far and gotten away with it does not make it a birth-right of the media industry and the birth-right of every other media professional to either support such creatures so as an aspiration that the FIFTH ESTATE will continue to beseech power over the minds of the masses. LASTLY & MOST IMPRTANTLY: TO every Media PROFESSIONAL: Public ka khaate ho, public ki bajao mat. Jis thaali mei khaate ho usme gandh mat karo. Be respectful of people. It is the masses who made you to be stars in the first place by having respect for you and if you have become a victim of your own creation to believe that you are going to be able to brain-wash masses ad infinitum then you are at a total loss of realizing a fact that India is no longer going the path of becoming a Banana Republic. Some rogue journalists who did not fulfil their DUTY to be WATCHDOGS of democracy and aided as mere tail-wagging dogs the conceit and treason perpetrated by the Banana Republicists are going to be in for shock after shock.
Posted by Unknown at 16:31 No comments:

With utmost humility I beg to point out that mixing fruit juices with cola will mar the pleasure of both the juices of the fruits as well as of the colas. I prefer to have each as an original. Those who may enjoy such interesting drinks can surely always mix them at home and savour the concoction. 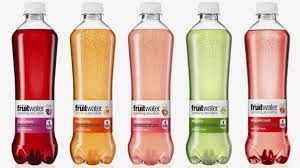 The problem of farmers is real. The problem of consumers is also real. The erstwhile Congress Government and its illustrious agriculture minister have wreaked havoc in mismanagement of prices. The farm to retail pavement shop price gaps are monstrous. The fluctuations in prices are equally demonic and are happening so often that one feels a deeper Kaliyuga has set in. This situation is identical even for vegetables. 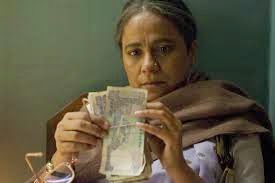 With unbearable price shocks being given so regularly, the consumption of fruits and vegetables has declined on a per capita basis, rapidly. Our nation is suffering therefore from all angles on this phenomenon. In any case, a small percentage of the population enjoys colas and a much much smaller fraction of that my enjoy the interesting recipe you have proposed. 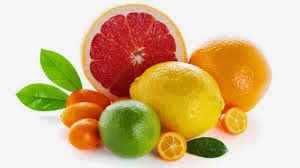 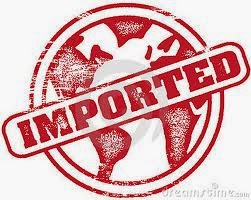 We cannot ignore at all, the impunity with which every retail market in India today is flooded with imported fruits. There is a failure of developing fresh farm sales logistics in our country. This alone explains simultaneously the phenomenon of hungry farmers, hungry consumers and imported fresh farm produce on the pavements. 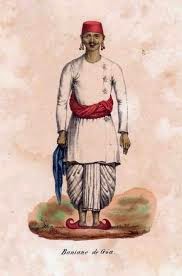 A simple common-sense solution from the mind of a "bania" economist as me is:

1) Investment Corporation for Farm Dis-intermediation: Create a corpus fund of a 1000 Crores, at the least, for a such a new entity. The only roles of this entity will be to:
a) Extend equity and debt funding to budding entreprenuers who will create world class cold storage facilities across the nation.
b) Sourcing latest technologies for refrigeration and cold storage retail outlets, transportation units etc. &
c) Incubating manufacturing units that will make cold storage equipments and transportation and storage units.

All such cold storages should be competing with each other to offer the best storage and Indenting services DIRECTLY to the farmers. No cold storage will act as a principle whether as a trader or as a broker. Strictly every cold storage will only earn a fixed percentage for services rendered directly to the farmers direct sales co-operatives. No harm if big business wants to get into the business of creating cold storage chains. They too will ONLY act as Agents and never as principles. If big business can find value in assured returns by investing in mega projects for power, this too will be a viable and attractive business for them. 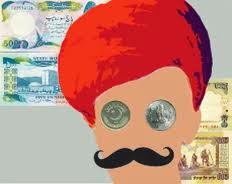 2) Encourage and incentivise DIRECT FARM SALES co-operatives throughout farming communities. Such co-operatives can be regional and around specific crops etc. etc. 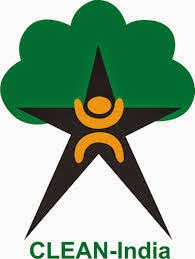 3) Let the culture prevalent in more progressive economies such as Singapore etc. where people take even a slightly longer walk to go to a cold storage for buying fresh, hygienic, nutritious and of course much more beautiful looking fruits and vegetables (God resides in cleanliness. Cleanliness is beauty too). This will also solve a big source of filth, unhygienic markets that will aid you in moving India to become a cleanliness driven nation, too.

4) Let the farming direct sales co-operatives compete with each other to DIRECTLY RETAIL their produce to final households. The Cold storages will NOT BE ALLOWED to become traders. The only two sources of revenues for the cold storages will be to provide storage, handling services on one hand and to provide indenting services on the other. Indenting services in the context of the Cold Storages will allow them to act as agents of the DIRECT FARM SALES CO-OPERATIVES and will never act as principles, traders or brokers. For a fixed fee, they will receive the farm produce against Bill-T and the banking system will clear the payments. Given the nature of the produce is perishable and if the pricing is determined by the farmers then too there is low risk for all involved. Since in a cold storage the shelf life of the produce is much much more, the risk of wastages is low even if prices are higher than what consumers can absorb. As the next consignment will be ready to get into the cold storages, automatically the farmers will have to cut prices to a level where supply can be absorbed by demand. The risk of hoardings in a smoothly flowing logistical system is low. Only where masked middle-men flourish the hoarding kills the farmers, the consumers and even the produce!

5) The middle man today acts at endless layers providing Indenting, financing, brokerage services. They are the ones who never become visible to the end consumer and yet they are the one's who must be the most organised set of players in the entire eco-system of farm produce retailing. The most organised player in the food-chain then gets the fattest and clearly at cost and peril of both the producers and the consumers. Time perhaps, for India to move this middle-man out from the middle of the affairs of our fresh farm outputs.

With all the Love & Respect to you!
Sushil Kedia