A moment when endless number of Indians are holding their breath in constructive anticipation of you taking over the helm of Governance of this Nation, I place some humble thoughts for you to evaluate so that growth, opportunity, entrepreneurship can be percolated down to every single unit of our population.

For many decades, oganisations such as the World Bank kept on coaching the whole world that countries such as India need to control their population for getting on the growth curve. We know by now, it was incorrect. The real assets of any civilization and every nation are its people. Let nature determine which soil helps flourish what population size. Yet, what is true is that if each and every unit of any population can become self-reliant and achieve the DNA of entrepreneurship then the larger the population the more prosperous a nation begins to become.
Here is a simple point by point plan:

Creation of the Ministry of Growth & Development: A new ministry, directly under the PMO, be created focusing on Growth & Development. A co-ordination ministry that will work along with all other ministries, every District Collector, every PSU chairman, every Revenue, Intelligence, Enforcement head with a singular focus of expeditiously moving forward any and every growth and development agenda. 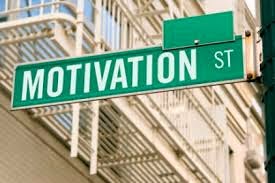 Power of Incentives: Let there be a corpus of a minimum of 542 Crores of Rupees, corresponding to the 542 Districts in India. This corpus shall only be for rewarding District Administration level officers of the Government of India on a competitive basis for their results and efforts in bringing growth and development in their respective districts. Incentives work more than anything else. Let the new model of Governance recognize the power of Economic Incentives. Let there be tremenduous respect in the pursuit of growth at every level and let there be pride awaiting to ride on the shoulders of the minutest level of Administrative machinery. This corpus be spent in awarding, incentivizing and monetizing the measurable growth and development at the district level. Let the culture be established where the District Collector of each and every district is the Chief Entrepreneur of his district, if not the Chief Executive Officer of his district. Let there be an upwards pressure from each district to seek resources, solutions and results for each district. Let there be a new class of highest civilian honours and awards, such as the Param Visisht Vikas Medals to celebrate the achievements of administrative officials who would produce trail-blazing results of growth and development within their domains and impact the most number of lives constructively in empowering them to create Swarojgar. The endless Swarojgar Yojnas christened with the names of various political luminaries of yester-decades is best discontinued with immediacy. 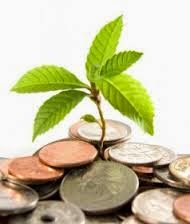 Incentivise Micro-Finance & bring it into mainstream investment model: For decades there are tax breaks on investments in Equity Linked Savings Schemes or by way of Long Term Capital Gains or in Infrastructure Bonds. Let India in its new form under your leadership be the first country in the world to recognize the power of empowering the most microscopic economic apparatus in any nation, its lowest economic denominators – the human beings who have no capital, no land, but they do have an under-developed human capital. The Human Capital is the source of all wealth. A piece of gold or a piece of land has no monetary value if human beings do not accord it value. Hence, any other physical form of wealth is at best a mechanism for storage of wealth, whereas all sources of wealth are the human aspirations, abilities and persistence. Let us get to the core of all wealth creation, i.e. to have a world class apparatus for developing the wealth and income generating ability of every human being. The post Independence political discourse has off and on appealed to emotions of the landless by balking at the varied ideologies of land reforms. Why do we have to limit our imagination for our rural brotherhood that unless and until they have land they have no other abilities? Why? Each and every rural under-employed, landless or capital-less individual has a far more powerful capital, that of being a human being.  Lets create the mechanism, resources, opportunities for ensuring this human being flourishes. Competitively structured Micro-Finance Corporations run by professionals be encouraged to be established. It should be modeled on the lines of a Mutual Fund or Unit Trust. Any contributions from individual assessees up to 1 lakh Rupees per annum and upto 10 lakh per annum from Corporate Assessees in such corporations be allowed as a deduction from taxable income. Let there be no monopoly ever in any layer of this new growth orbit. Competition allocates resources best. 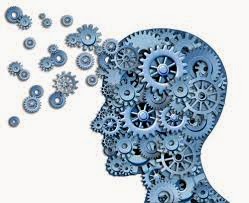 Establishment of Skill Development Corporations: At each and every District level there must be one Skill Development Corporation at least. If there can be more such corporations in any single district to compete with each other even better. Let these be established by the private sector, with a motivation for profit. Let them be supported actively by the District Collectorate in the same way that State Industrial Development Corporations have nurtured new industry in any state. The Skill Development Corporations will study, evaluate, configure the suit of skills that are in the shortest supply in any district and create Vocational Training Programmes. Un-employed, under-employed individuals with no capital or land can come to these VTPs run by the SDCs with total responsibility on themselves. Let the individuals be financed by Micro-Finance Corporations to undertake these courses. Actively in collaboration the MFC and the SDC should hand-hold the trained individuals through the entire entrepreneurship life-cycle. Say for example if an individual is trained in providing cellphone repair services then right from selection of the location of his small “bhakhda” to branding it, to promoting it, to creating customer delight, there be Continued Entrepreneurship Education (the same way that a Chartered Accountant or an Investment Professional has to undertake ongoing Professional Education).

5.       To expect that Government can and will do everything is in any case wrong. It also becomes the origin of sloth, corruption and negativity. The power of incentives will keep private enterprises on their toes to compete amongst each other in investing very well in the human skills of under-privileged India. 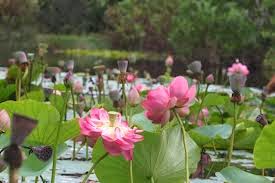 As this gathers momentum and as a time comes when on an average 50000 successful new entrepreneurs are created in each district giving India a total of two and a half crore new entrepreneurs, we would have built a formidable base. The multiplier effect of such income generation, consumption and savings is baffling and can hardly be over-emphasized. At such a stage the MFCs and the SDCs can join hands to foster endless number of co-operatives based on what are the unique productivities of each district. If one Amul could change so many lives and if one Lijjat Papad could create livelihood and respect for so many, what can these privately funded and publicly owned co-operatives with bare minimum gubernatorial interference achieve is beyond anyone’s ability to imagine. At such a stage if the brands and intangible assets created in such collectively owned establishments can be structured into separate companies and those companies are listed on the stock exchanges, then we would have reached a goal of creating a country-wide institution of producing millionaires in every mohalla, every bye-lane.

Many variations are feasible of this simple idea. The core of such thinking is Land Reforms have been a much abused political slogan. Let us go deep within the core of all wealth creation, i.e. raising the value and stock of our human capital.